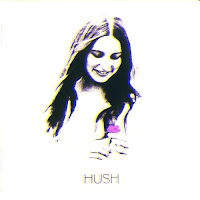 Extradition's sole album is highly worthwhile, and often entrancing, folk music that bleeds over into folk-rock and psychedelia, even though there aren't electric guitars and conventional rock drums. While the entirely original songs are at their base much like British folk music in their haunting melodies and somber lyrical tone, they owe far less to traditional British folk than much British folk-rock did, drawing in "acid folk" (though that label didn't exist back then), classical, and even avant-garde influences.
With fine harmonies and Shayna Karlin's pure, high vocals (perhaps the most conventionally folk element here), the group created something individual with an eerie fragility, enhanced by the understated use of so many instruments other than acoustic guitar -- flute, organ, dulcimer, harpsichord, harmonium, and all manner of exotic percussive devices. Though some might find it too precious in places, it deserves a wider hearing, as its appeal isn't strictly limited to die-hard specialist collectors of the acid folk genre.
(https://www.allmusic.com/album/hush-mw0000996187)
_________________________

It was 1971 when the rarest, and probably most wonderful Australian folk album of all times was released. The trio EXTRADITION recorded this monsterpiece, Hush, and got it released on the Sweet Peach label (same as our Phil Sawyer '' Childhoods end'' ).It is a very highly regarded album by worldwide collectors and fans of folk, psychedelia and progressive though its basically acid folk music alone. Its so fragile, so rich, so beautifully done. theres a large and impressive list of instruments used here like piano, harmonium, harpsichord, bamboo flute, dulcimer, triangle, glockenspiel, guitar, violin, tablas, etc, and the beautiful female vocals round up the whole set.

Some of the same people doing another version of a song from this album:

Thanks a lot for sharing this, especially this version with the bonus tracks