Aretha Franklin - Spirit In The Dark 1970 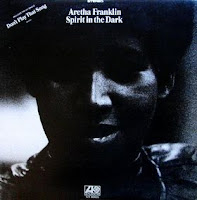 The 1970s were somewhat a new beginning for Aretha Franklin. By this time, she had ended her turbulent marriage with former manager Ted White, and at this point, when it came to originals, she was front and center as songwriter. And also this period would bring some of her most significant albums of the early 1970s.

In August of that year, Franklin released her nineteenth album (and sixth for Atlantic), Spirit in the Dark. Produced by Tom Dowd, Arif Madrin and Jerry Wexler, the album featured the hit cover of Ben E. King’s, “Don’t Play That Song (You Lied)”. Her version was certified gold, while topping the R&B charts. Like King’s version, it also peaked just one position shy of the pop top 10.

Most of Spirit of the Dark were covers, all of which Franklin would definitely make her own, including B.B. King’s “The Thrill is Gone”, the Carole King and Gerry Goffin-penned, “Oh No Not My Baby”, and the jazz-pop standard “That’s All I Want From You”. But five tracks would be originals. Four of them was solely written by Franklin, including the title track (which peaked at number 3 and 23 on the R&B and pop charts, respectively), “Try Matty’s”, and “You and Me”. One track, “Pullin’” was co-written by Franklin sister Carolyn.

Despite positive reviews and two hit singles, Spirit in the Dark became Franklin’s first album not to peak in the pop top twenty, as it would hit number twenty-five on Billboard’s 200 Album Charts. On the R&B side, it peaked at number two. But overtime, the album would go on to be considered to be one of her best. It was re-issued in 1994, had one of it’s songs (“Try Matty’s”) featured in the movie, Waiting to Exhale, and was even sampled by Kanye West.